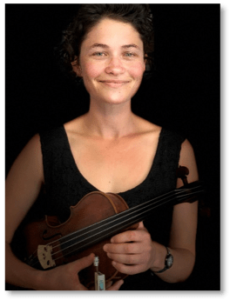 Hailing from Rocky River, Northern NSW, Jhana Allan started learning violin at age 5 and piano at age 9. She was involved in the local Armidale Youth Orchestra and Armidale Symphony Orchestra as well as the Musical Society. This allowed her to establish orchestral skills from an early age. She also played in a world music band which played at Woodford Folk Festival and the Sydney Opera House.

Since finishing her studies, she joined successful Melbourne band The Woohoo Revue in 2013 and went on an international tour of the UK, Denmark, Holland and Germany.

Jhana has since played with trad jazz/folk band, The Willie Wagtails, started eastern European band, Rosenstein and folk duo, Still Water. Jhana is currently focusing on her solo singer/song-writing career and is in the process of producing her debut solo album, Darkest Night.